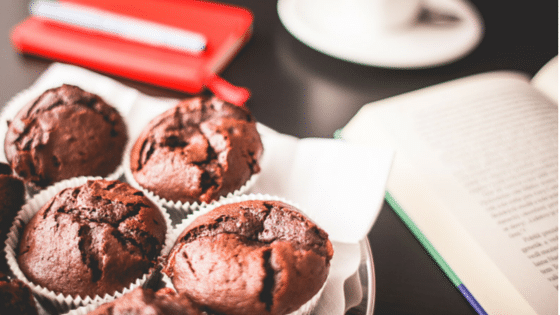 If you’ve ever been at the mercy of a craving, you know how powerless it feels.

Good intentions vaporise and resistance is futile. It’s as if some evil superpower has you spellbound.

Afterwards the rush of pleasure from your guilty indulgence melts away quicker than a bowl of ice cream in the hot summer sun as your inner critic crashes the party.

She lashes you mercilessly with her sharp tongue. The words are cruel and cutting and you’ve heard them a million times before.

You vow next time will be different.

How do I know this? It was a vicious cycle I was sadly all too familiar with.

For the longest time, I found it almost impossible to resist chocolate, Coke or potato chips.

Guilt and shame were constant companions. I used to wonder what was wrong with me.

I know this is a struggle for many of my clients too. They’re not alone. When the call went out for volunteers to trial a strategy to tackle food cravings in Australia, 4,500 people applied, including some who were willing to fly from New Zealand.

With that in mind, I thought I’d put together a range of strategies I’ve found helpful in keeping the cravings in check most of the time.

Rather than resist a craving, try delaying for ten minutes.

It’s not like you’re telling yourself you definitely can’t have it. You’re just going to wait a bit.

Can you distract yourself by going for a walk perhaps, or find some other activity that will take your mind away from the object of your desire.

Often to my delight and astonishment after a short delay I could easily resist what just before was simply irresistible.

We don’t usually crave super healthy food. I can’t say I’ve ever had a craving for lettuce!

So a reframe when you’re in the grip of a craving can be super helpful.

It’s all about cooling those desires.

How do we do that?

The can of coke that I’d been fantasising about doesn’t seem anywhere near as tantalising when I visualize all the chemicals I’m about to ingest.

The block of my favourite chocolate loses its allure if I imagine cockroaches crawling over it. (I know it’s gross – it’s meant to be!)

You’re really only limited by your imagination. It might be visualising tomato sauce smeared over the double chocolate chip muffin you’ve been coveting, for instance.

Find a way to turn the object of your desires into something you wouldn’t touch with a ten foot pole.

It’s normal to do some emotional eating. We all do it. But as a strategy it sucks. We feel better for maybe five minutes until the guilt and the shame kick in.

There is a better way.

Try asking yourself the question ‘What is it I really need?’.

Then listen. Tune in to your body’s wisdom.

If we learn to connect and heed the messages, we can meet our needs far more effectively than any block of chocolate ever could.

It doesn’t have to be complex either –  sometimes all I need is some me time with a sit down and a cuppa.

These questions make it far more likely we’re able to meet our REAL needs and break the knee-jerk response that can sometimes typify a craving.

Some people find total abstinence works for them.

If this is you, just ignore this point.

But if a little of what you love occasionally is the way to go for you, read on.

Let’s be brutally honest here. Giving in to a craving isn’t pretty.

Food is inhaled rather than savoured.

In an instant it’s gone. Almost like it’s vanished into thin air.

But there are ways to limit the damage and sink into the deliciousness without the guilt and the shame.

Mindfully eating a smaller portion, without any distractions.

It’s a deliberate choice rather than giving in to a compulsion.

To do this, find the smallest portion of your guilty pleasure you can.

Yes, I know the larger sizes are cheaper.

Yes, you may have to go out of your way to purchase a mini version.

Make sure you have nothing else to distract you – and this means nothing. Put your smart phone in another room on silent, close your laptop and turn off the TV.

Now immerse yourself in the sensuality of the experience. Involve as many senses as you can – the smell, the taste, the texture.

The results may surprise you. Usually just a tiny portion will satisfy you because you’re focused on enjoying every bite.

Mindful eating is so completely different from the way most of us usually eat that occasionally we even discover we don’t actually LIKE something we’d previously thought we couldn’t live without!

Make it as difficult as you possibly can to access the object of your desires.

Some people can quite happily co-exist with a block of chocolate in their fridge out of sight.

Keeping it a safe distance away on the supermarket shelf is usually enough of an obstacle to stop me indulging.

Become aware of the circumstances leading up to giving in to a craving. Is there anything you can change to make it easier to resist naturally?

It might be meeting your friend for a walk in the park instead of at the coffee shop with the ‘to die for’ lemon slice.

It might be shopping for groceries at a different time of day instead of after work when you’re tired and hungry and looking for a treat.

It’s trial and error here. Don’t be afraid to experiment and see what works.

The strength of a craving can feel all consuming. Impossible to resist.

What we don’t realise is that a craving is like a wave.

It builds up to a peak and then subsides.

Often we give in to a craving at the peak when it feels like it’s impossible to resist any longer. We’d find, however, if we waited for just a bit longer, it would start to subside.

Instead, try surfing the craving wave rather than resisting it or giving in to it. There’s a wonderful exercise in The Weight Escape that describes how to do this.

The exercise involves pausing and breathing initially to slow things down. Then mindfully noticing and observing the urge. Where is it located? What does it feel like in the body? The authors of The Weight Escape then recommend making space for the uncomfortable feelings, allowing the craving to come and go.

This is a whole different approach as we usually try to escape uncomfortable feelings.

We’re observing instead of resisting.

At the very least you’ll realise that you won’t actually die if you don’t succumb to a craving even if it feels like it at the time!

I’ve saved the best (and possibly the weirdest) til last.

Tapping or Emotional Freedom Technique (EFT for short) is a strange but really effective technique for eliminating cravings.

Tapping has been described as being a bit like acupuncture without the needles.

The research around this strategy is exciting. In an Australian trial conducted by Dr Peta Stapleton, tapping has been shown to have an immediate effect on food cravings. Not only that, but twelve months later, the effect was still present.

I love it that this strategy is being researched and that the results from the initial studies are so positive. I’ve tried it in my own life with great success.

In tapping, we use our fingers to tap on certain points on the body while saying a phrase which in this instance would be related to the craving.

The video below shows in more detail how to use tapping to conquer those cravings:

Cravings are not only distressing, they can be the reason those extra pounds are sticking like glue.

Kick them to the curb with one (or several) of the above strategies. If you’d love someone to support you through the process, Check out my coaching package here.